In an effort to inform and educate consumers about various surveying and mapping products offered by land surveyors, Mountain Pacific Surveys has compiled this summary of commonly provided surveying and mapping services. This information is intended to provide a general overview of various types of mapping products along with their professional applications. As with any document of a summary nature there will be exceptions to the general examples cited herein, and will vary from jurisdiction to jurisdiction. Persons are encouraged to consult a Licensed Land Surveyor to discuss the nuances of their particular situation. 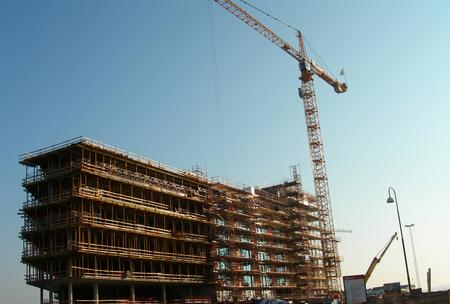 Boundary Survey and Record of Survey 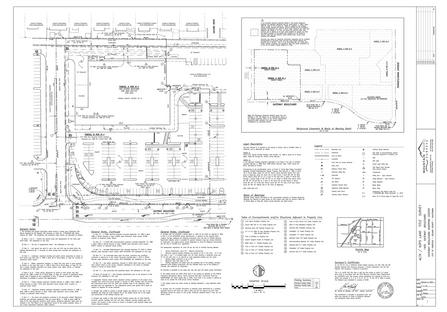 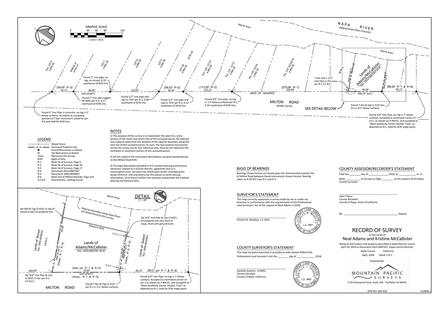 The preparation of an ALTA/NSPS Land Title Survey generally involves extensive research and review of the subject parcel, investigation into zoning requirements, a thorough and detailed field survey of the subject parcel, and finally the preparation of the Land Title Survey Map. Cost and preparation time for this type of mapping product can vary greatly from project to project, primarily dependent upon parcel size, nature of site improvement and complexity of the boundary and easements burdening the property.

WHEN DO I NEED A SURVEY?

​The average homeowner may never require the services of a Professional Land Surveyor. However, a few instances when this need may arise are as follows:

HOW MUCH WILL A SURVEY COST?

It would impossible to showcase all of the different types of surveys that we offer, so please reach out to one of our qualified staff and we can tailor a scope of work to fit your specific project requirements. 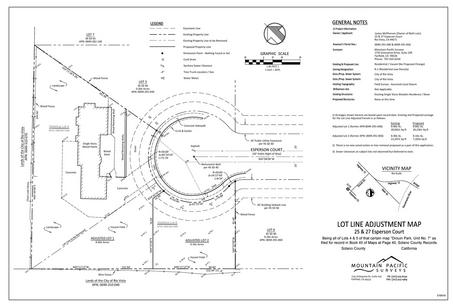 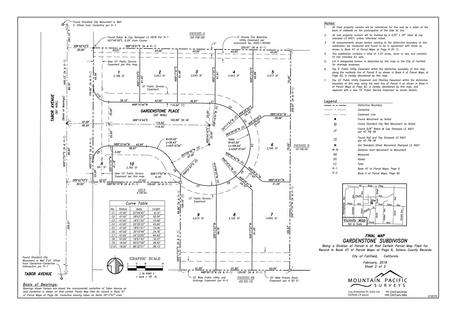 A boundary survey depicts information regarding property lines and ownership disclosed through research of the public record and a field survey of the property. The result of these efforts are generally depicted on some type of a map, and may be accompanied by a legal description. Boundary surveys are typically requested when the physical location of the parcel becomes important, often as a result of a pending sale, proposed development, or a dispute between owners.

In some instances state law requires that a map known as a Record of Survey be filed with the county in which the parcel is located. This map, which is incorporated into the public record, provides constructive notice to all interested parties of the result of the survey.

Not seeing what you need? 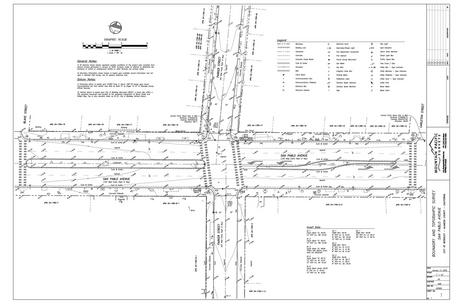 Parcel Maps and Subdivision Maps portray a tract of land that has been divided into several smaller parcels. The map, once recorded, creates a basis of ownership for each individual lot or parcel. When subdividing a parcel in the State of California a parcel map is generally required when creating four (4) or fewer new parcels, and a Final Map (also known as a Tract Map or Subdivision Map) is generally required when creating 5 or more new parcels.

Most Parcel or Final map submittals begin with the preparation of a Tentative Map, which depicts the existing boundary and topographic data along with the proposed configuration of the parcels to be created. Additionally, any new infrastructure required to serve the proposed development will also be indicated. The Tentative Map is used by the local agency as the basis of their review and comment process, which ultimately leads to the approval and recording of the Parcel Map or Final Map.

The Lot Line Adjustment is a procedure by which a portion of area of one parcel is transferred to an adjacent parcel. Two or more parcels may be involved, however, a greater number of legal parcels that existed prior to the lot line adjustment may not be created. A similar process, known as a Lot Merger, can be used to combine multiple parcels into a single legal parcel.

The Lot Line Adjustment or Lot Merger requires an application be processed through the appropriate Local Agency. Although requirements of each agency differ, generally they consist of completing an application form, the preparation of a Lot Line Adjustment / Lot Merger map, which depicts the current configuration of the parcels, significant improvements located on each of the parcels, and the proposed lot configuration. The local agency will review the application, primarily for conformance to zoning laws (minimum lot size, building setbacks, access requirements, etc.) and issue an approval or denial of the application. After approval, the Land Surveyor will prepare a legal description for the reconfigured parcels, which the Local Agency will incorporate into a "Certificate of Compliance" document. This document is filed for record and signifies the completion of the lot line adjustment process.

A topographic map is a graphic representation of the terrain and improvements located on the surface of the project area. This map is commonly prepared from either a field or aerial survey (or a combination of both) and reflects by notation or symbology natural or artificial land features such as roads, railroads, utilities, buildings, rivers or streams, lakes, curbs, walks, fences, and other similar improvements. Land forms are depicted by contour lines and spot elevations at key locations.

Topographic maps are typically used as a basis for the design of improvements to be constructed on the subject parcel. For example, engineers and architects use topographic maps to assist in the development of an unimproved parcel into a housing tract, commercial center, or even a park!